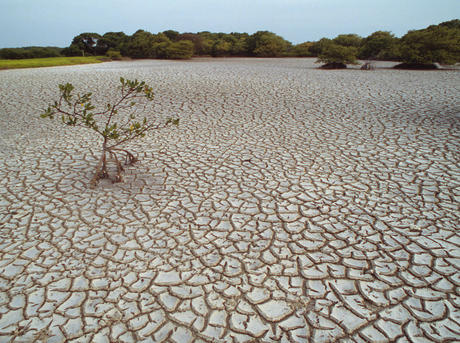 By Massimo Pieri and Sara Mangani

The failure is in the presumptuous claim to remedy the scarcity of food by considering food as an “external” resource with respect to the population-territory system.  Food as well as other things, food above all, belongs to environmental diversity and therefore is contained in the Cultural Diversity that decides its quality as a resource; a resource that in its turn, by means of the specificity and insubstitutable nature of taste and of the satisfaction it generates, strengthens Cultural Diversity. When Cultural Diversity falls short the bio-diversity resource also falls short and the food supply falls short as well.   Here we return to the definition of the poor  as the one who cannot eat two times  a day.

The poor people on the planet are that part of humanity that has seen their own Cultural Diversity destroyed on various occasion; that is at the origin of the so-called “hunger in the world” and it makes that hunger a structural reality and a problem that is not ethical, political, economic, or an energy problem but a planetary cultural problem, because Cultural Diversity is an intrinsic value of humanity.

We would like to emphasize the difference of the conclusion that the indigenous definition of poverty leads us to with respect to the Western definition: a community with its  degree of satisfaction and well-being, has in food and in all that is associated with food, from the quality of interactions with environmental diversity that the procurement engenders up to the taste and therefore the pleasure that it brings,  its cultural identity.

In the definition that would have as parameter of wealth the quantity of consumption, a  community are agents of transformation, consumers and, their degree of satisfaction is proportionate to the flow of energy drawn from the environment and transformed into product and waste. Thus it is not the quality of the process of transformation and its product that measures well-being but the quantity of energy used in the process on the average.

On the basis of this definition which is individual  and not collective, the wealth of person, that is his  enjoyment, therefore itself, is what it consumes. Then from the realisation of the fact that the quantity of energy consumed by the so-called Third World corresponds approximately to that dissipated in the processes of the industrialized world, could we reach the point of claiming that a good  portion of humanity is nothing other than a residual, a waste product?

The identity of several peoples, for example,  has in the dietary laws  a prerogative of its definition. Dietary laws are a sort of implementation of the people or community  definition of poverty, just as technological progress represents the implementation of the Western definition of poverty. The fundamental difference between the two lies  in the consideration of the fact that dietary laws are given, acquired, an integral part of the general Law and it is the handed down from past generations. On the other side  technological progress is a risk  a mortgage placed on future Western and non-Western generations.

When science faces the question of poverty, it must note the following:

1. The poverty of the world that causes a good part of the population to go hungry is not the result of the inadequacy of the populations affected by this phenomenon. On the contrary, it is the result of the destruction of Cultural Diversity, a process that has as its effect the having rendered “invisible” and unmanageable the resources necessary for survival, resources that do not exist outside the context of Cultural Diversity, whose only components hold the possession of the collective and individual property of intellectual production, of memory as a people, and therefore the science and the  technique of existence in the community’s own vital environment and maintenance.

2. The determination of the responsibility of the West in the destruction of Cultural Diversity is not exhausted within the sphere of historical errors of colonialist economic exploitation, of the destructive force of Evangelization, of the racist extermination and enslavement.  The reflection of such non-desired effects has confined them to the dimension of necessary evil, that in its manifestation always has the characteristic of neutralizing preventative action and therefore the operative responsibility of Science and Ethics, suspending judgement on the latter and even make their intents seem more noble when their healing intervention is again invoked.

3. The science that today is facing the problem of poverty is the very one that was found and is found behind it, the reason for its existence. The destruction of Cultural Diversity is not a collateral process to Western scientific development, but the process through which the West has known Environmental diversity by destroying it, including Cultural Diversity as an environmental component that in the course of time has had the necessity of exploring.

Poverty in the world is an integral part in the specific “environmental diversity” of the West.  Every time the West has met cultural diversity as an “ecological” component it has believed, following the indications of its own scientific and technological system, that it has had no need to make use of that diversity as a resource. Different from other nations and other peoples, the West has elaborated and encapsulated in the system of its own technical and spiritual instruments the non-recognition of the intrinsic value of cultural diversity.

The West has formalized such non-recognition in the definition of its own scientific and legal procedures: from the race theory to cloning, from the laws on the Limpieza de Sangre (Purity of Blood) to Racial Laws. All of this has a name: racism.  This word sums up the system of the West’s techniques of existence founded on the deliberate choice to destroy the Resource Diversity, as a useless resource.  This answer the previous question: for the West, for its science and its spirituality, a good portion of humanity is waste, non-utilizable residue, proof of which is in the West’s having conceived several extermination operations.

However ethically worthy of reproach all that is, it is not a moral judgment that is called upon to decide upon the validity of racism as the technique of existence of the West.  And however it is not easy to decide if this technique is in reality a winning or a losing one and in this case for whom (for only the part of humanity responsible or for all humanity?)

An indication can perhaps arrive from the acknowledgement of the fact that in destroying diversity Western Science has had to and must still take on the research and the exploration of ever  new “energy” environments that without fail turn out to be precarious, binding the West to slavery to time, of its flowing and of its running out. 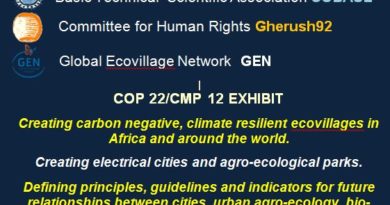 Exhibit at the COP22 – Creating carbon negative, climate resilient ecovillages in Africa and around the world. Creating electrical cities and agro-ecological parks. 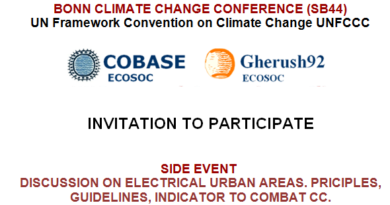 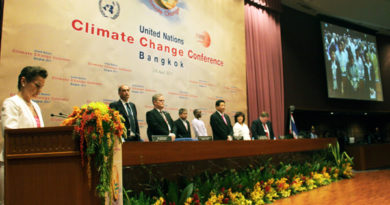